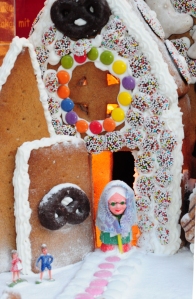 I love the flavours of Christmas: cinnamon; cloves; ginger; mince pies; mulled wine; orange and wanted Lentil to experience some of them too so I tried out a few in his porridge.

I thought the cranberries would work well but they were too bitter without sugar and I knew it wouldn’t pass the Lentil taste test!  If your kids are older and you don’t mind giving them a little sugar, then you could add some brown sugar and include cranberries.  Otherwise just use raisins and an apple and hopefully your kids will gobble it down like Lentil did! 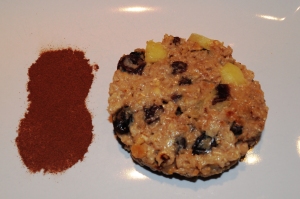 Put the apple, porridge oats, raisins and milk into a saucepan and bring to the boil.  Then stir in the mixed spice and orange zest and simmer for about 4 minutes, stirring occasionally so the porridge doesn’t stick to the bottom.  And that’s it, it’s ready to serve!

If you are saving some in the fridge for another day, then just add a little more milk to the saucepan when heating it up so it’s not too sticky.